West to East: Inuvik to Iqaluit

I was re-packing all of our gear in Inuvik until 4:30am this morning to be ready for the flight east to Iqaluit. Life was made much easier as we were graciously hosted at the home of Paul Delaney, general manager of the Inuvik Northmart. His hospitality in allowing us the run of his place – shower, laundry, beds, huge deck to spread out our gear and rides around town and to the airport – were most appreciated, especially with the tight schedule we had to work with. Thanks Paul!

We reconnected for breakfast with Peter Clarkson too, whose canoes we used on the Thomsen, and compared stories from Banks Island from his trip there last year. Northern hospitality at its finest!

A short Canadian North flight later and we arrive at Norman Wells where Ryan and I part ways with Carl and Anthony, who are carrying on south to their homes and work responsibilities. From here on it’s just Ryan and I lugging around all the gear. We’ll miss the guys companionship and the great assistance they provided along the way too. 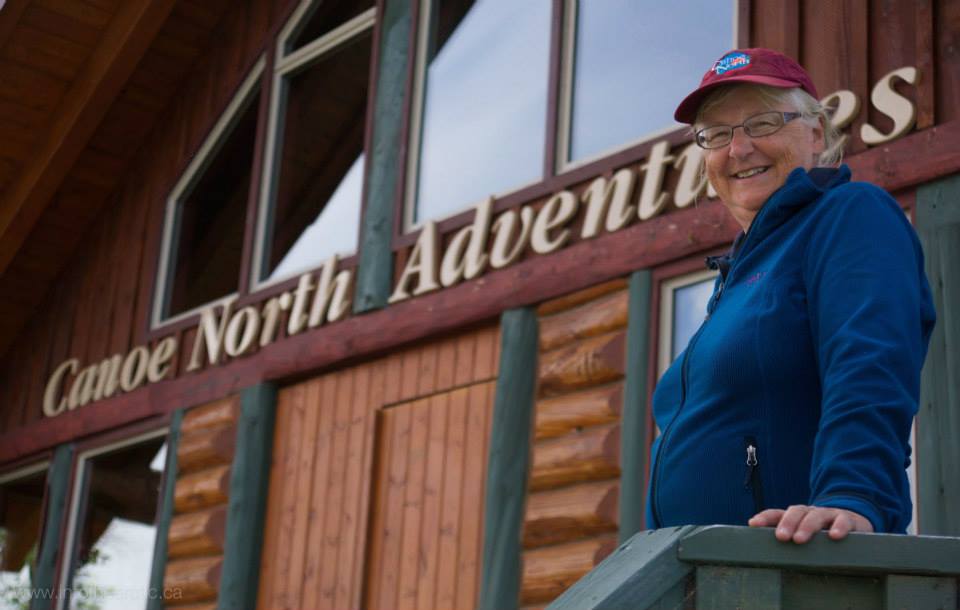 But we are not alone here in Norman Wells. Greeting us at the airport is a long-time friend from back home: Lin Ward. Lin’s husband Al Pace is a renown potter back in Hockley Valley, Ontario and together they have been guiding canoe trips across the Peel River watershed for decades through their Canoe North Adventures company. We throw our gear into Lin’s truck and head over to their spectacular log lodge. I remember them sharing with me about their dream of building this a few years back, and now I’m walking in it for the first time. It’s a beauty, located right on the water, with a view across the lake to a beautiful mountain range. Total relaxation.

The next day and a half are filled with fine food, finer company, and editing photos from Aulavik to share with others online. I know few people will ever make it there, so I want to give others a sense of this land to enjoy on some level. 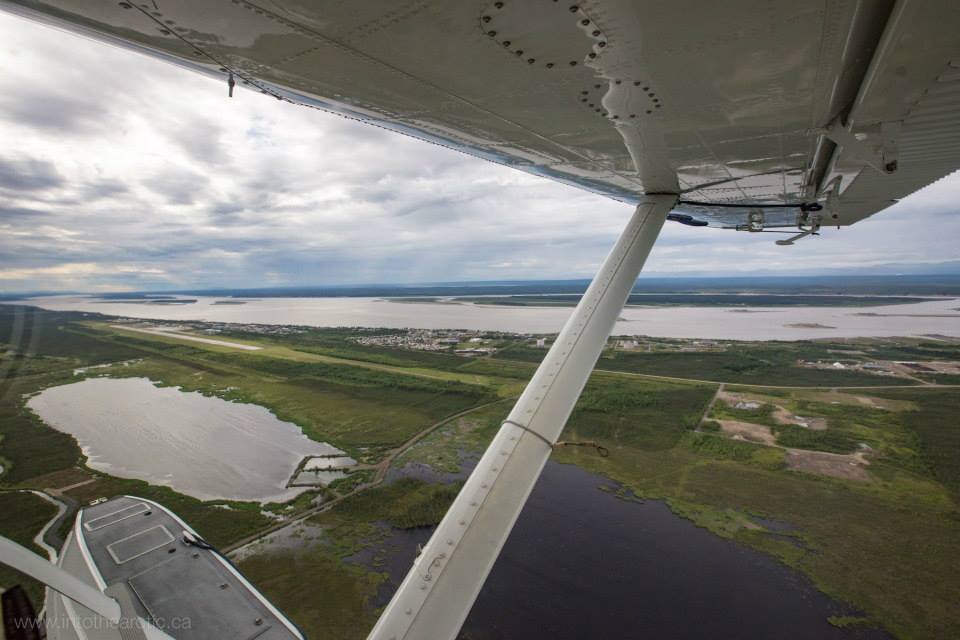 Adding to the enjoyment of the stay, a float plane lands at the dock in front of the lodge, and the pilot steps out for on overnight stay. It’s Kevin Elwood, a client from back in Ontario that I haven’t seen for over 2 years! He’s been flying across the country this summer with his son and nephew. Of all the places to meet up with someone unexpectedly. As a final treat to our visit, Kevin takes us up for a short sight-seeing tour on his way to the airport. We see the spectacular landscapes on the other side of the mountain, and even a small group of muskox on the ridge.

We continue our way eastward – it takes 3 days of travel to make it back across the Arctic by air – and land in Yellowknife for an overnighter. We are greeted at the airport by some folks from Canadian North, including head of sponsorships Gail Quinn, who happened to be embarking on the plane that we just left. They have been the lead sponsor of the Folk on the Rock festival in town, and this late Sunday afternoon they are all are heading back south. The support of Canadian North has also been invaluable in my Arctic travels this summer, and I look forward to sharing my experiences further with their audience upon my return through monthly stories I’ll be writing for their in-flight magazine.

One more flight brings us to Iqaluit at last, where Leg 2 of the expedition will unfold: a few days of exploring the wilderness at Iqaluit’s doorstep before moving on to Leg 3, when I’ll be exploring and painting in Ukkusiksalik National Park.

Though Iqaluit is the bustling capital of Nunavut, it sits in the middle of remote Arctic wilderness in every direction for miles. Past journeys have brought me through town on my way somewhere else. I was even here in November a few years ago to screen my Into The Arctic II film at the Astro Theatre. But I’ve never had the opportunity to explore the region with my paints and I’m looking forward to this.

I’m graciously being hosted by tourism outfitter Arctic Kingdom, whose owner Graham Dickson I have known for some time. No one knows the opportunities here better than Graham. Phil, one of Graham’s staff happens to be flying back from Yellowknife on the same plane, and bring Ryan and I back to his place where we’ll be for the next while.

We dump our gear, and Phil kindly takes us and our camera around town for an evening tour until the light fades. We now have a great idea of the layout and some possibilities are beginning to percolate. We also have some great establishing shots in the can as well.

I crawl into bed ready for some new experiences just around the corner.