Posted at 08:09h in Blogs-Kids by oils@trepanieroriginals.com 0 Comments
0 Likes
Share

On our drive earlier today we went to a RV station to fill us up with water and to dump. When we went to leave, a nice, Swiss couple were trying hitch a ride just this one time. They were on their way to Dawson city, just like us. So we gave them a ride. Their names were Dee-Dee (short fo 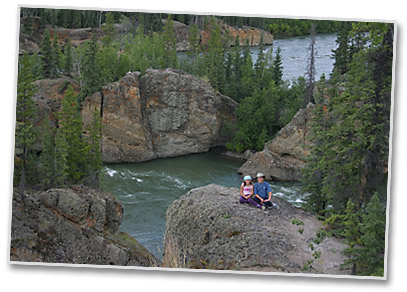 We stopped at a few places on our way, like a very nice 1 km hike down to the Five Fingers Rapids look out on the Yukon River. We got a few a pictures of us on the peak with the rapids behind us. We even saw some baby seagulls on the rocks.

We also stopped at a small chip wagon that was selling fries and burgers and things of that sort. Dad asked if they sold fishing licenses, they did. He also asked about some good fishing places. The cashier told us about a nice lake off the road that chock-full of rainbow trout. A local also told us about another lake farther then that one that was full of pike.

We checked the first lake, and you could see big ones jumping out of the water. It was also 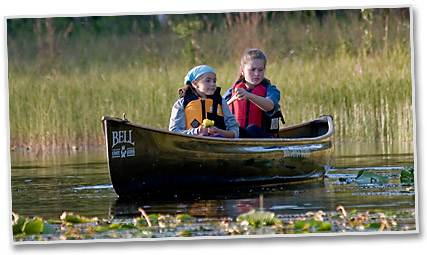 a beautiful place. It even had one campsite. We camped our RV there and Dee-Dee and Tanja set up their tent. Then we did some fishing; however it seemed as if the fish were laughing at us. Why, I even saw the fish going after my lure, but out of the blue, he abandoned his interest in it. No fish bit at all for some strange reason (I don’t know why) and we decided to go canoeing instead. I even did some solo canoeing! After that we went swimming in the lake. It was freezing! I stayed in the water for about 3 minutes because my body couldn’t even get used to the temperature.

We built a nice fire a hung around it until almost 1:00 A.M. And we had a great sleep.