The Rest of the Days

02 Sep The Rest of the Days 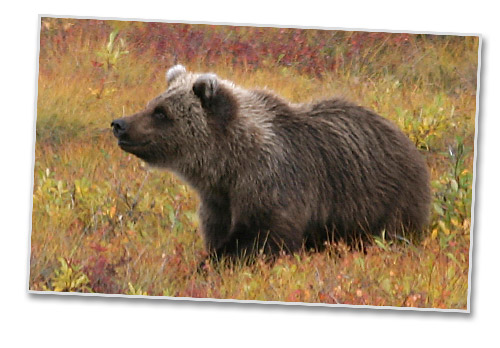 We invited Martin to come with us back to Whitehorse, where he lives.

I have to say that the Dempster Highway held a lot more wildlife on the way south. We saw some grizzly bears and tons of caribou. At two moose lake we did see two moose again. A mother and a baby. We also saw lot of fall colors up there. When we went for an afternoon hike through some bumpy tundra for Dad to do some painting, we actually saw a grizzly bear follow Dad until we warned him of it. I wasn’t really scary, just a bit. We had bear spray and bear bangers. However the bear kept coming and stopping and coming until he was scared of Dad and Martin yelling at him with all of their might and went over to some caribou on the next hill. Another bear came that day but he was running a lot and didn’t stop to check us out.

We did make it off the Dempster though and got back on pavement. 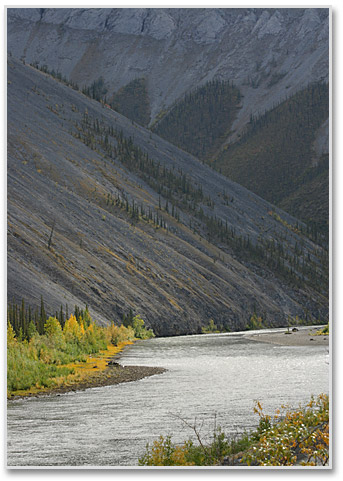 So, this is a very important summer, and a bunch of great things have happened, but I think that home sounds very appealing now. So I will end my journals here and I will end this summer here too.

JOURNAL UPDATE: We are on the way the home and now in Alberta. I know this doesn’t have much to do with the Arctic, but it is exciting and it happened to us.

We glided across British Columbia until we got to Alberta and visited with Mr. And Mrs. Eberts for 3 days. They were very, very nice, Mrs. Eberts even set up 5 horses for us to go riding on through the fields. We weren’t exactly very experienced, except Mrs. Eberts and Dad, but we have all ridden horses more than once. We were riding them in the field when Mrs. Eberts saddle slid off of her horse and spooked her horse. Which sent him off running. That spooked my horse too, so he started to canter which was a bit too much for me, so I tried to stop her, but I couldn’t pull the reins because the horse kept stepping in holes, if I tried to grab the reins, I would stop holding on and fly in front of the horse. He kept on going faster and faster and I jumped off and landed feet-first right before he broke into a gallop. Mom and Dad couldn’t do anything because if they ran their horses, my horse would of gone faster before I went to bail. We couldn’t get the saddle back up on that one horse, so we left it so the cowboys could pick it up. I got back up on the horse though, but it was led this time: by Mrs. Eberts. But now that I think of it, if I tried a canter a few more times, it would be fun. But that whole day was awesome, with the horse run or not. And I would like to do it again some day.

We also went to see the Spruce Meadows horse show, it is was named the best horse show in the world 2 years ago. We saw a jumping horse show, walking horses, miniature ponies, and British police horses. But they don’t only show horses, they have people from all over the world so there are dancers, cuisine, and all sorts of stuff. We also went to see the Prarie Dogs’ dog show. They had a run-around-the-barrel race and 3 border collies won 1ST, 2ND, and 3RD and a young pup black retriever won 4TH. And guess what, we are picking up our very own Border Collie when we get back home! His name will be Yukon Jack, and he will always remind us of this summer up north, when in the Yukon we decided to get our first dog. We had a wonderful time, and I hope we can visit them again soon.