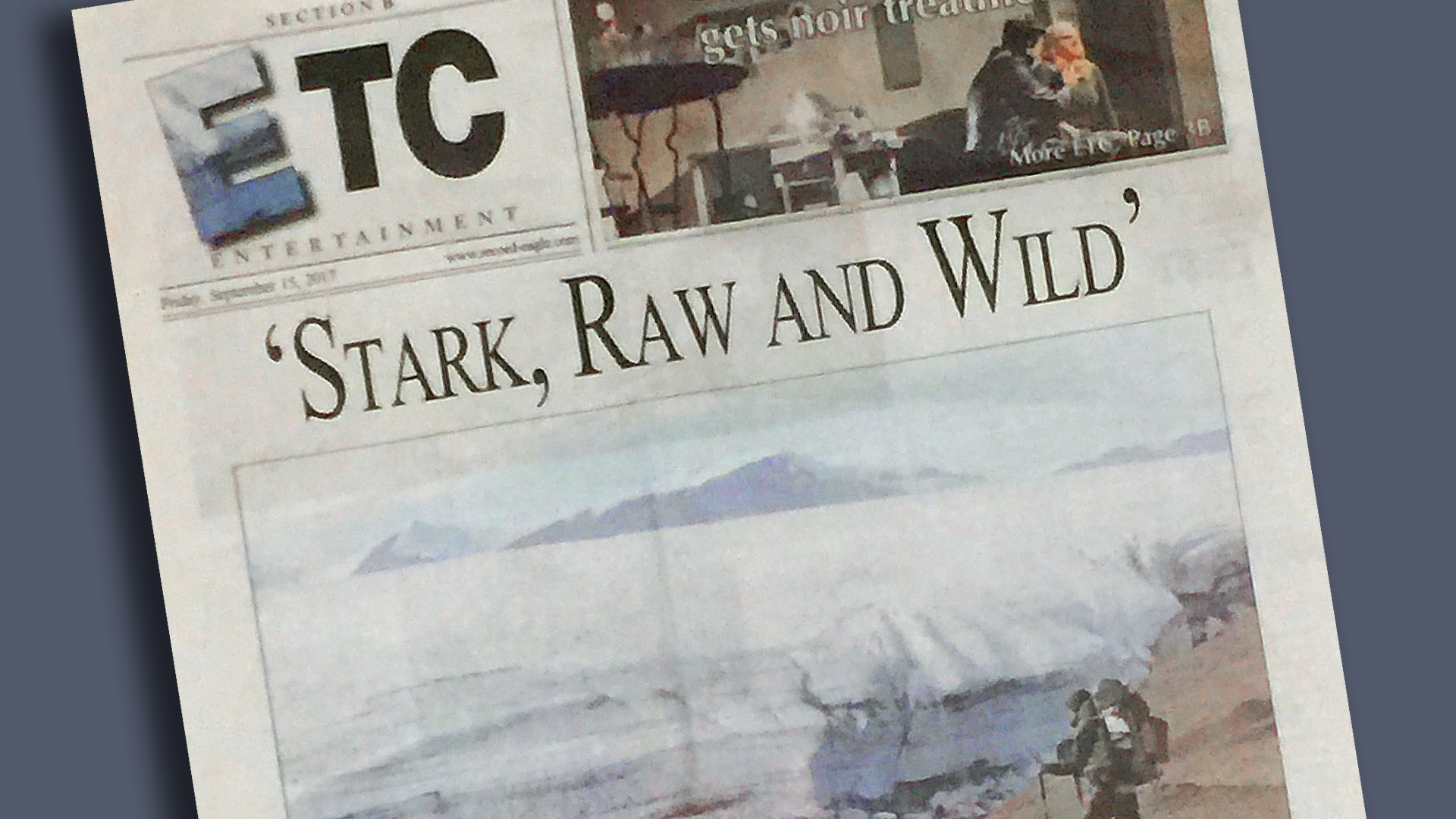 Posted at 08:58h in Media by oils@trepanieroriginals.com 0 Comments
0 Likes
Share

TRAVERSE CITY — Cory Trepanier was a commercial artist when he began painting the northern shoreline of Lake Superior.The project kicked off his fine art career and gave him the “bug” to paint the wilderness — particularly the vast and rugged Canadian Arctic Circle, one of the planet’s last great landscapes virtually untouched by man.

“It’s stark but it’s raw, it’s wild,” said Trepanier, a Canadian artist, explorer and filmmaker who lives north of Toronto, Ontario. “I wanted to feel the earth as it is before we come around and mess it up.”

Trepanier made four expeditions to remote corners of the Arctic from 2006 to 2015, hauling backpacks loaded with camping, painting and film gear weighing up to 120 pounds. Funded at first by 15 clients who paid in advance for paintings, he immersed himself in the landscape — most of it never painted before.

“Initially I set up three trips to the western, eastern and high Arctic,” he said. “My goal was to do 30 paintings and one film, until I got up there and realized the vastness of it.”

The result is more than 50 paintings, three films — one only partially completed — and other material for an exhibition called “Into the Arctic.”

The show opens Sunday at the Dennos Museum Center after a Saturday reception expected to draw Douglas George, Consul General of Canada in Detroit.

Related activities include a free Sunday screening of “Into the Arctic II” at the State Theatre. The 90-minute documentary was nominated for a Canadian Screen Award and will feature remarks and a Q&A with Trepanier as well as door prizes.

The Dennos exhibition will run concurrently with “Myths, Legends and Stories: Sculpture by Abraham Anghik Ruben.” The contemporary sculptor now living in British Columbia is originally from Paulatuk, Northwest Territories, an Inuit hamlet Trepanier visited on his first expedition.

“We’re doing this in part because it’s the 150th anniversary of Canada this year,” said Dennos Executive Director Gene Jenneman, who saw “Into the Arctic” at its Embassy of Canada premiere in Washington, D.C. in January. “Certainly having the Inuit art collection here was part of our thinking in terms of hosting both these exhibitions.”

Altogether Trepanier covered 40,000 kilometers (about 25,000 miles), some of it by foot and portable canoe. But the biggest challenge was getting near the farthest reaches, he said, adding that modes of transportation included plane, helicopter, boat and even a sled pulled behind a snowmobile. At times he walked with the Inuit or in early explorers’ tracks. At others he was accompanied by his wife, Janet, their daughters and his brother, Carl.

Other challenges included storms, “ravenous hordes” of mosquitos, encounters with predators including polar bears and wolves, constant sunlight and near exhaustion, and isolation past the edge of civilization.The exhibition includes four large paintings from each “geographic corner” of the Arctic, many with engaging stories that connect history to place. But its centerpiece is the 15 foot-wide “Great Glacier,” one of the largest canvas landscape paintings from the Canadian North.It depicts the majestic Coronation Glacier on Baffin Island, Nunavut.

Other materials include loops of both films on Blue-ray, and a 6-foot-wide map so viewers can learn more about the Arctic journeys.

The films convey “the sense of wonder and awe I have when I’m out there — and the reason I’m out there,” said Trepanier, a Royal Canadian Geographical Society fellow.

He said he hopes they and his paintings can someday help highlight changes in the Arctic landscape and inspire efforts to preserve it, much as the work of artist Thomas Moran and photographer Ansel Adams led to the protection of land through the National Park System.

The exhibition has several more planned stops through 2019 but more are being added. For more information on the Dennos show, visit dennosmuseum.org.