The wind is stiff as I board the plane at Rankin airport eager to get to Naujaat, a step closer to Ukkusiksalik National Park. We’ve been planning a 9 day trip there with parks staff for months, but due to ice conditions hanging tough, I know we’ll be waiting out our departure for a bit in Naujaat. That will give us time to explore the landscape offerings around the community.

A few miles from the community, we drop below the clouds and I get my first look below at Hudson Bay. The ice stretches on for mile after mile, the open water right near town. My eye is now to my Sony FS7 looking out the window, capturing our approach. As we lower to the ground, I see something isn’t quite right. The wing tips are rocking up and down wildly. The cross winds up here are pushing 80 kilometres an hour, and some of the other passengers sound like they are on a roller coaster. At the last second, almost on touch down, the plane lifts back up. Within moments, the land in my viewfinder is obscured by the white of the clouds. We’re heading back to Rankin Inlet.

A day later, we’re back at it again, this time things go smoothly as we arrive safely in Naujaat where we are greeted by Parks Manager Monty Yank, another familiar face. Monty was looking after Quttinirpaaq National Park on Ellesmere in 2009 when I spent a month exploring its sublime landscapes with my brother Carl. As a result, he too was in my last Into The Arctic film.

We stow our gear in the Parks transient unit, and after an introductory tour around the community by Monty, Ryan and I get into our “first-evening-in-town-filming” rhythm again. My painting gear is still packed away and it’s already late so it’s a great use of our time. Tonight, however, I wish I had my painting gear with me. It’s about 10pm, and the show is just beginning. As the sun dips towards the horizon, the sky lights up in an incredible array of vibrant magentas, oranges, yellows, and everything in between. We run around getting shots and time-lapses in all directions. I set up my Sony X70 about 15 feet from the edge of the bay with a great vantage to capture the colours reflected in the water and walk away. I catch up with Ryan and return about half a hour later, and realize that I forgot something. Something rather important. The tide is now rising!! I reach for my gear to find the salt water now half-way up my tripod and heading for the camcorder. A little longer and it would have been submerged. Camcorders don’t stand a chance against salt water. I found that out the hard way a few years ago while filming an iceberg.

This has been a great intro to Naujaat. I look forward to seeing what comes next. 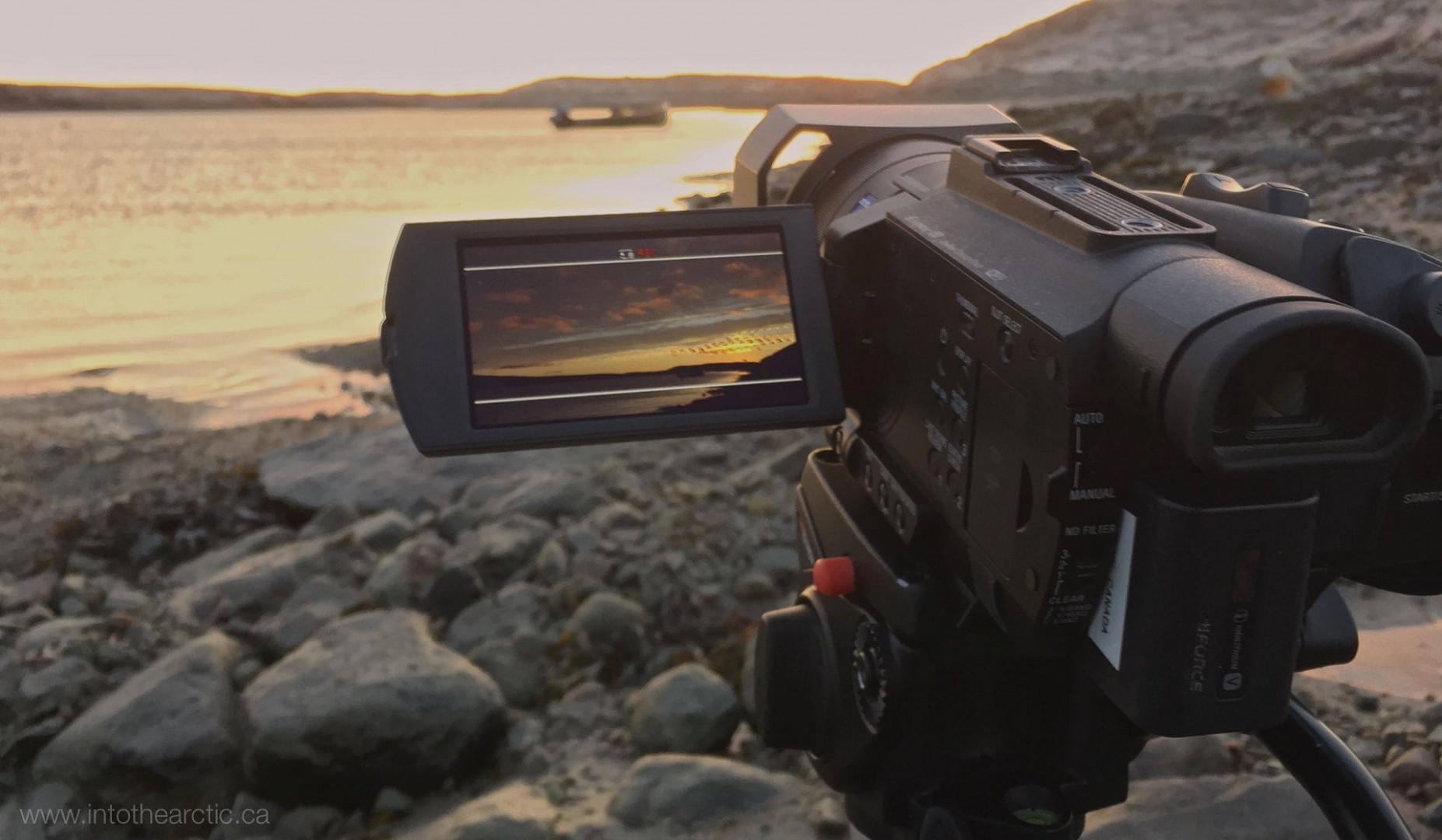 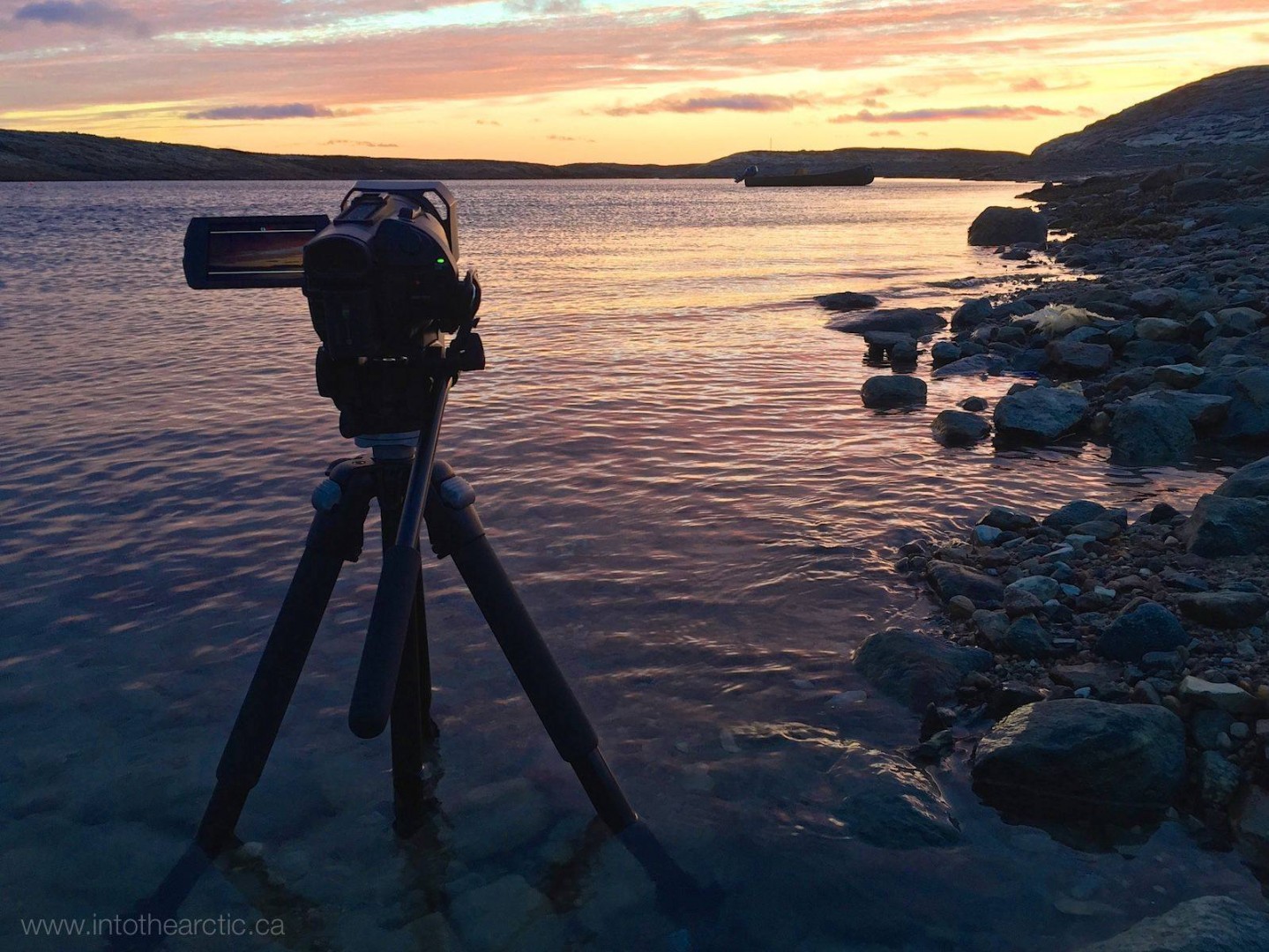